Chess quilt, not to be confused with a Chess Pie 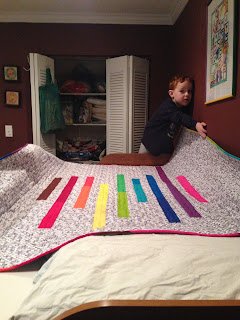 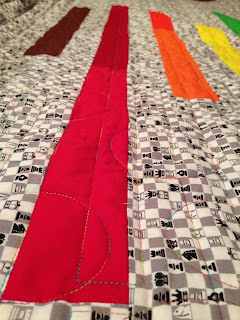 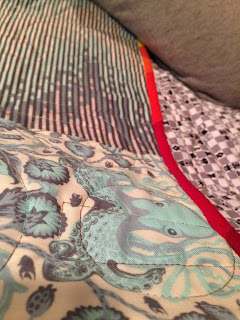 So the rainbow, chess, underwater loving boy of mine wanted to make a quilt.
I had the mini chess fabric because he plays the game (he has beaten the computer). I got a lot of it - it was on sale. :o)
I also had a  Kona Primary solids Jelly roll, so I decided to cut the chess fabric into 2.5 inch strips so that they would work together.
We chose 2 oranges, 2 yellows, etc. I sewed them together after Jacob cut them - we were going for random.
I had some octopus fabric - not nearly enough mind you so I found some on etsy for an arm instead of an arm and a leg.
We had to top made & the back purchased in near record time, so I had the long armer quilt is as a rush so that my son would have his new quilt before the novelty of his involvement wore off.
The binding is also a rainbow. This all happened early in 2015. He also has a small stash of underwater fabrics. When I shop in a brick & mortar fabric shop I allow him to choose 1 piece & he usually chooses an underwater print. Most recently he chose a minky back. He has his lefty fabric scissors, so I guess we need to start tracing squares & get my featherweight ready for little boy fingers...
Posted by The Calico Cat at 8:01 AM 3 comments: 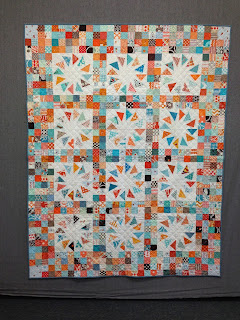 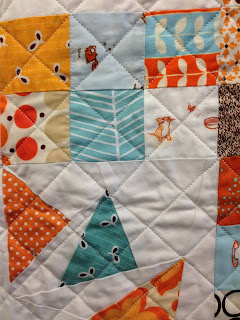 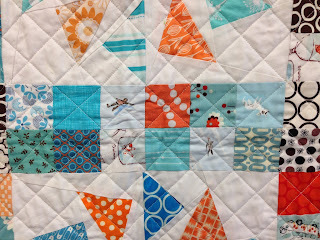 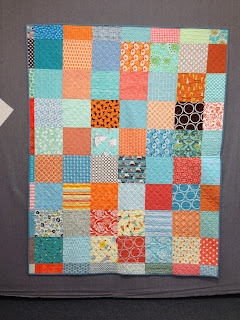 I'm trying not to share things that I showed previously, but I'm reviewing & feeling reminiscent & sometimes deciding to share them again anyway. (Or I'm not going to back to check... Or a combination of both.)
Posted by The Calico Cat at 8:23 AM No comments:

In a previous restart post I shared some fabric & 9-patches.
Here is the resulting quilt. 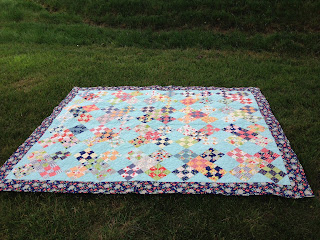 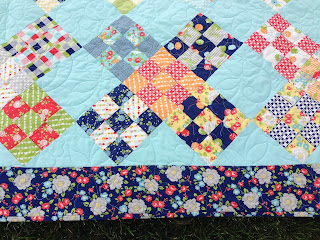 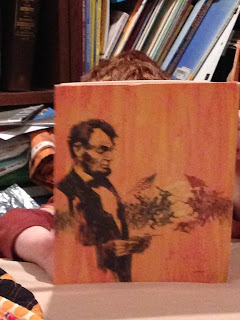 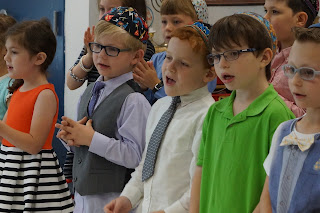 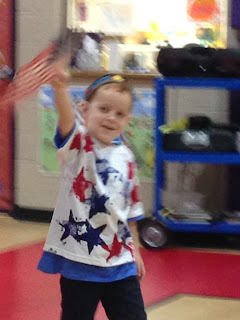 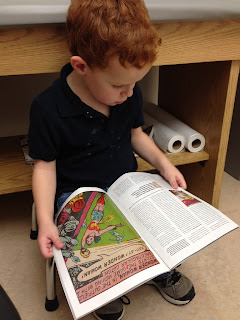 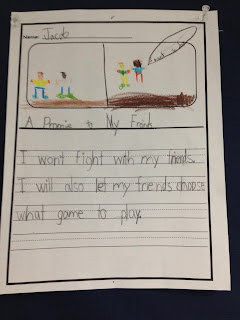 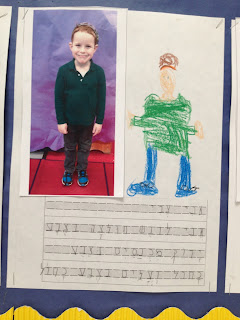 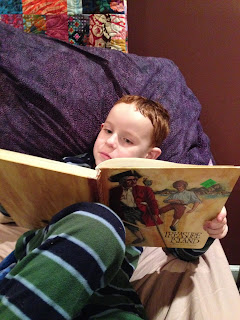 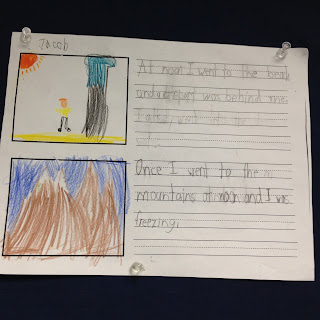 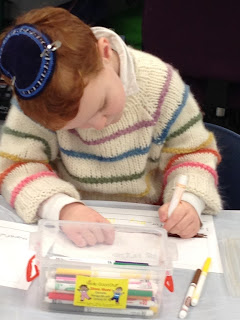 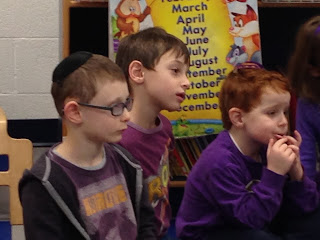 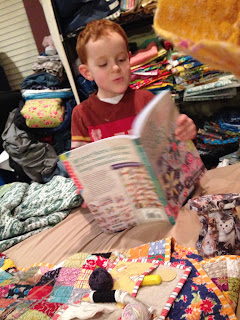 Why Yes, my son is reading a quilt book. (Quilt Lovely by Jen Kingwell.) 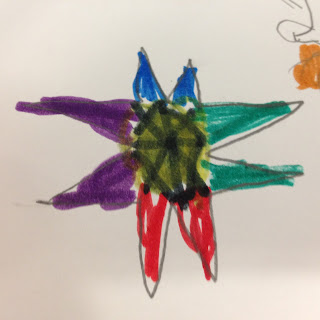 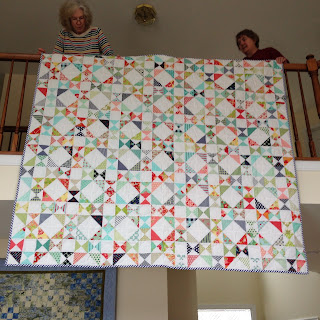 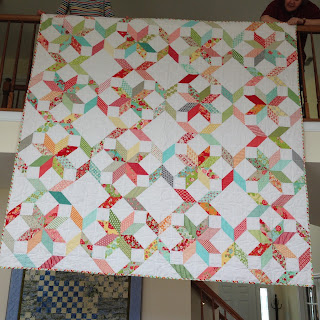 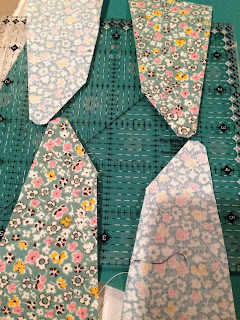 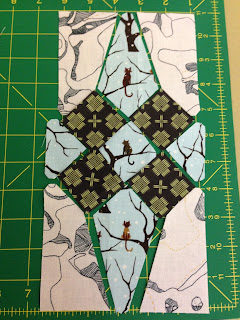 I'm working on Glitter by Jen Kingwell (pattern in her book Quilt Lovely) so far I have only cut & mis-cut blocks.

I guess I shouldn't be surprised that it has been more than a year...

It's a bit late to turn a new leaf in the new year too, huh?

I guess nothing more than life/quilts/first grade/etc. has been going on.

I'll try to organize some of it & share - maybe getting back into the groove...

In the meantime, my most recent quilt top, my son, Jacob at 7 & yes, Rhapsody is still with us too. 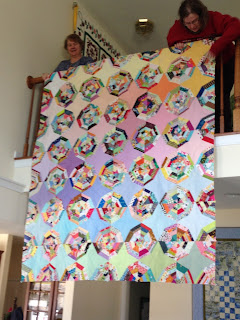 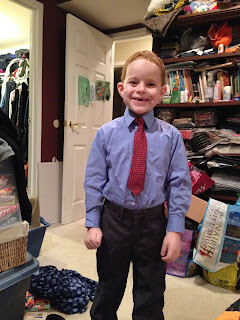 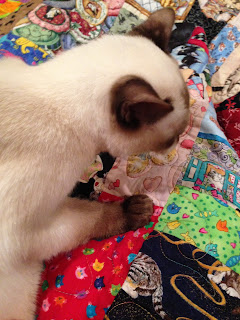